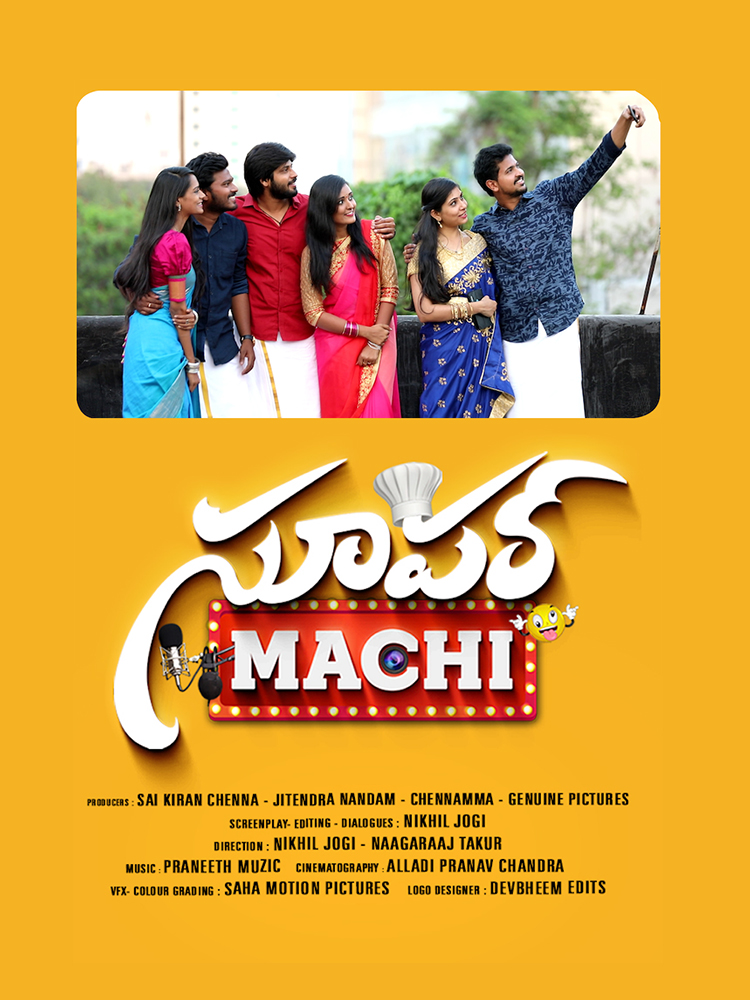 Subbalakshmi, Chandu and Uday are close pals. Subbalakshmi is a radio jockey and loves to be called Subbu. Uday is a photographer and Chandu is a stand-up comedian. Subbu’s mother is an exceptional cook. Uday falls in love, with his friend’s help approaches her. She reciprocates. Her sister and Chandu grow fond for each other. Their father wants to marry off his daughters to someone who is well settled. He is not in favour of Uday and Chandu. He is keen on marrying one of them to his relative. Meanwhile the father challenges these youngsters to prove themselves. The rest of the film is all about how they prove themselves and marry the girl they love.

Super Machi is a feel good romantic story about love and friendship. It has nothing novel, a story that has been tried and tested before, yet it makes you smile. Performances by the cast is okay, nothing to rave about. Music gels well with the cinema. Overall Super Machi is a well-made film about friends helping each other.