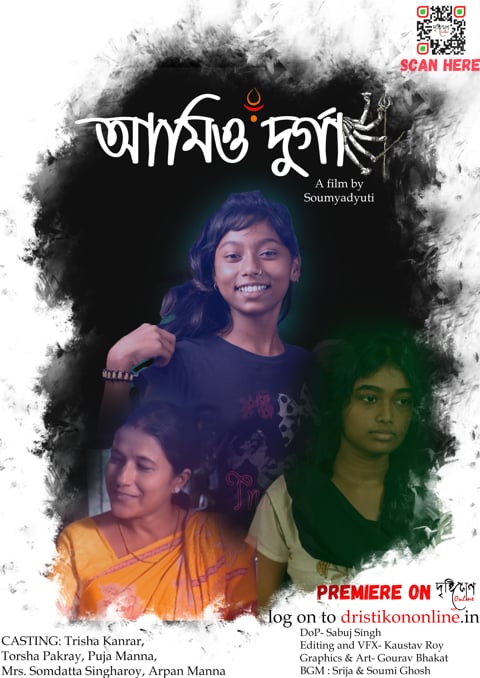 Her best identity is that she is a woman. There is a Durga in every woman. Goddess Durga is everywhere, she must be revered.

Two sisters make a living as house helps. The younger one is excited about Durga Pooja and is in the quest to find Durga. She sees Durga in her sister, when the latter protects both of them from a man with evil thoughts. The little girl further searches for Durga in idols…that is when an old man tells her that Durga is everywhere. In every woman. The best identity of a woman is her being a woman. A woman destroys the negativity around her. She is Durga!