Women should go after what their mind desires: Andrews Kamal Raj - FILLUM 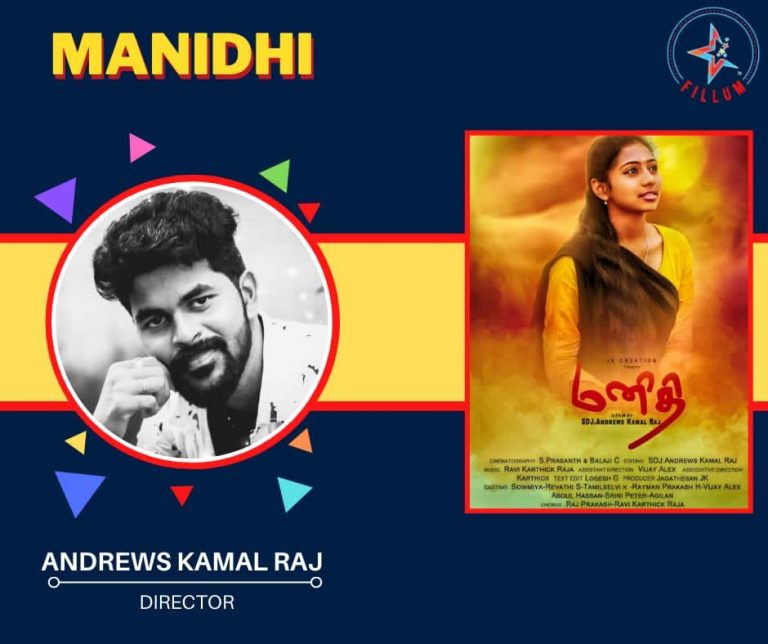 Women should go after what their mind desires: Andrews Kamal Raj

It is time that perception about women changed in our society. Forthis the men should be educated first. This will also bring down the crime and violence that happen on women, says Manidhi’s director Andrews Kamal Raj.

A chit chat with Andrew

Everyone makes rules and regulations for women and they follow it. But this does not happen with men. If men are also taught this, the crime and violence that happen on women in the society will decrease. Based on these thoughts, we made this film Manidhi.

A girl child is born. Then she grows up and gets married, bears children. Later she looks after her children and passes away in old age. This has become a routine for women. It should not be like this. Women should go after what their mind desires. It’s time these changes happened. I have seen many women who are severely oppressed. But if these oppressed women go after their dreams they will surely be celebrated.

My mother is ill and I get to see her only once in a year. Her absence has created a huge vacuum for me. I know what it is not to have a woman in life. There are several women who have made it big in life, I am inspired by them.

Society should understand women and not keep talking rubbish about the decision that a woman makes. If a woman wants to work we should feel happy about her choice and support her. Instead, stopping her and telling her that the men in her house will provide food and other stuff is pure nonsense. Men should first think about women and that’s were real empowerment will begin.