There was no respite from poverty for him, Thejo Bharathwaj explains the extreme steps taken by women in poverty in Vidai. - FILLUM 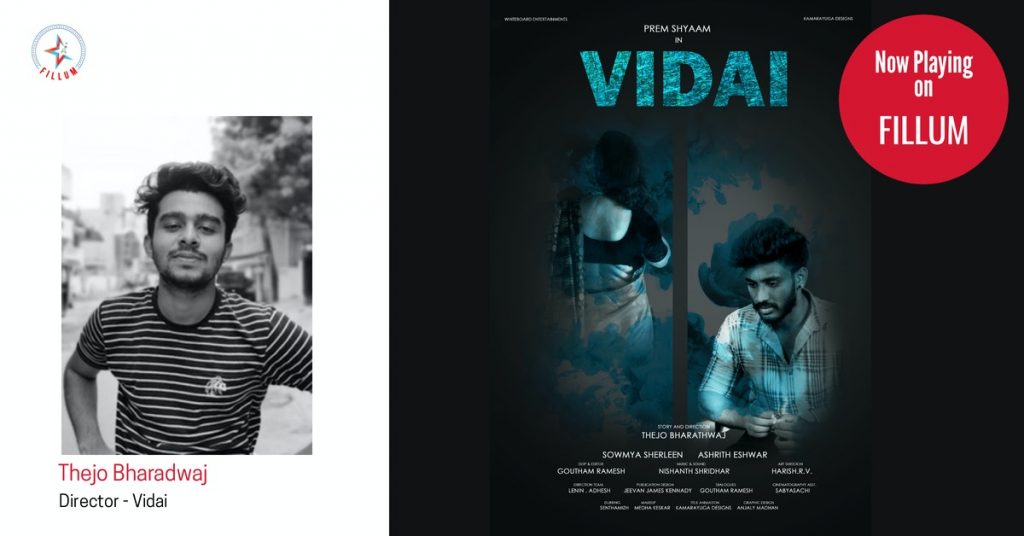 There was no respite from poverty for him, Thejo Bharathwaj explains the extreme steps taken by women in poverty in Vidai.

At the age of 19, it is surely an accomplishment to make a film on a hard hitting topic like sex workers. Thejo Bharathwaj read a report in the newspaper and made Vidai, which is painfully raw. The young director is pursuing his studies in Bengaluru and plans to make many more such films.

Vidai is hard hitting and different, how did you get this story?

After moving to Bengaluru I was planning to do an interesting film. I came by an article on sex workers, where it said that these people are forced into this trade due to dire family conditions. Also this thread of a brother-sister encounter in a brothel was there in my mind. I merged the two and made this story.

Your journey into short films began with…

I had a lot of failed attempts before Vidai. This is my first proper short film. When in college we formed a group of like-minded people and now we are learning and getting well versed in the subject.

Was it an easy journey at such a young age?

It was challenging for me because my team and I have not done anything on this scale. Also the team was small and we had to do even the small chores like getting food, shifting stuff. People refused to collaborate with us then, but once we shot the film and people saw what we did they wanted to join hands.

How did you make Vidai so interesting?

We wanted to do something in par with the industry standards. I was keen on quality. We hired higher end cameras to get that effect. After every shot we would analyse if it was mediocre or upto industry standards. I am not trained in this. All this is self-taught through Google and Youtube. People will watch if it is good, so we put in that kind of effort.

Any real life inspirations in the film?

No, not really. But there is something interesting that I must say. After the release of the film, it was shared on Watsapp. My father’s shared the link with his friend. He called back and said that similar story happened in Thenkasi. I was glad when I heard this.

Prem Shyam is the lead, he is a VJ now.  Sowmya the female lead is a theatre artist. Both loved the script when it was narrated and they agreed to be a part of the film. Most of the technical team are my seniors and friends.

How has music elevated the film?

Nishant scored the music for the film. I was looking at plain simple music like keys and strings. Last bit of the film has violin to give a melancholy feel. He just gave the kind of music that I was looking for.

Has this film given you any cherished memories?

The entire film for me is unforgettable. From the day of its inception it was a great feeling. In the last part of the film we wanted a red tinge to the light. So we used a red shawl. Because of the heat the shawl shrunk. I still have that piece of cloth with me as a memory of my first film.

Another year of my college is left, I need to complete that. I would love to work as an assistant director to some reputed director. I might keep making short films till I crack it. Meanwhile I am also working on a script. We plan to shoot it next year.

In world films I am inspired by many. There is Paul Thomson Anderson, Alejandro González Iñárritu and Asghar Farhadi. From India there is Ram, Manirathnam, Thiagarajan and Kumar Raja. I look up to all of them. These guy’s films are like bible for me to evolve.

I am against the process of remaking. This is very scary. Classics should never be touched.

I am happy and excited that such an app exists. My film had limited reach. I released it on Youtube. People in Tamilnadu and Bengaluru might have watched it. But being on Fillum will give me the opportunity to showcase my film worldwide. It is a great app and very helpful for directors like me.