The Invisible Actor establishes the importance of good acting - FILLUM 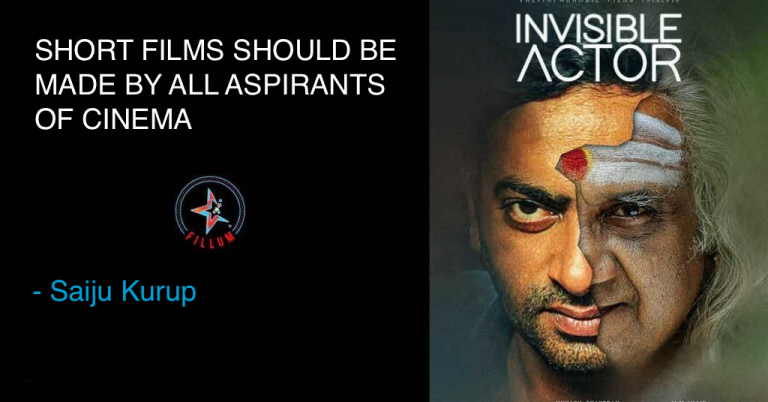 The Invisible Actor establishes the importance of good acting

Who is the real actor here?

Avinash Chandran is a passionate filmmaker who ascertains that understanding a character is important before acting in a film. Behaving like a person and acting are two different things, says this director. His film The Invisible Actor, shows us that the soul of an actor yearns to see how a film actor will portray him. The director talks about his film and much more…

Tell us about the story of the film?

I have worked for many films and have traveled a lot. So I interact a lot with actors.  What I learnt is that some young actors are not at all passionate about their job. All we see is acting without understanding the character. They just behave and do not get into the skin of the character. If you see all their films you can see similar expressions and behavioral pattern. This made me think and that is when the story came into my mind.

Your journey into filmdom…

At the age of 20, I left Kerala after my graduation. Initially I had some impediments and rejections. But that did not deter me. I went to Singapore and met Mr Rose Phillips Edward. He is a show producer of Universal Studios, Singapore. This was a game changer for me. I worked and stayed with him, completed my studies in film making techniques. Special effects in cinema was the main thing I learnt from him. He is like my elder brother. After that I worked in some good studios in Singapore. Whenever I come to India I make it a point to work in some cinema production. I know camera, direction and lighting. It does not matter what the role is.

What is the message that you are conveying with The Invisible Actor?

An actor should learn acting. You need not go to school for that. They should be passionate about the character that they will essay and that is how the emotions will flow. Otherwise it will be disaster.

Were there any challenges that you faced while making this film?

Let me tell you that this is not actually a short film. I have a full script for this film. I just picked a small portion and filmed it so that I could approach the producers. I am working on it. When I made this small film I did not face any problems.

How did you get perfection in this film?

I have worked in detail for every frame  and wanted it to be perfect. Everything happened under my observation be it camera, makeup or anything. Even the attires are of old Kathakali actors. I worked on the faces of both the actors as I wanted similar looks as well. With all these detailing I was able to achieve this.

Both Kalasala Babu and Saiju Kurrup are passionate actors. Malayalam cinema has not used these actors to their complete potential. Kalasala Babu is popular artist Kalamandalam Krishna Nair’s son. He is a legend in this art form.  But he did manage to learn a little bit of it. After doing this film Kalasala Babu came to me and said that he always wanted to do this kind of film. Saiju was shocked seeing Babu chettan’s acting. Babu Chettan passed away three months after this film’s release.

For the music I got a national award winning music composer Bijibal. I briefed him as to what I was looking for and he scored the kind of music I asked for.

Cherished memories associated with this film?

There is a scene where Kalasala Babu enacts Nalan, Karnan and Bheeman. That was such a blessed moment. Once this scene was shot everyone was jubilant and they applauded his performance. It was a happy moment for me.

What does the future hold for you?

Five scripts written by me are ready. I want to make these five scripts into feature films. I am waiting for producers. It has been translated in Tamil as well and I am still looking out for someone who is interested in my stories.

I like all films whether they are good or bad. But I do not follow anyone’s style. Experimenting is more of my style and the learning process is still on.

How will Fillum help filmmakers?

This is a good platform to showcase our films. It is user friendly and easy for people. This will get us more audience and probably producers might approach us. It is a good international platform.

The Invisible Actor is now playing on FILLUM App