She is scared, alone and lost. Does she find her way out? Indraneel Chavan talks to us about his Marathi Short Film Cobweb - FILLUM 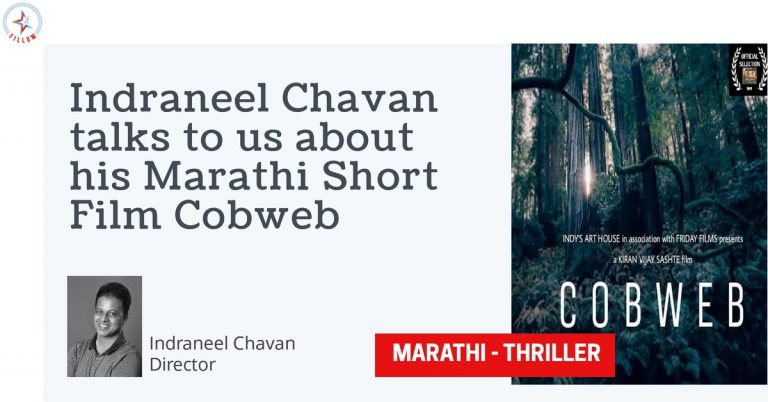 She is scared, alone and lost. Does she find her way out? Indraneel Chavan talks to us about his Marathi Short Film Cobweb

Cobweb has an interesting premise of conquering fear and writer Indraneel Chavan feels that this issue needs to be addressed. He loves trekking and was wondering what anxiety does a wannabe trekker goes through. Fear is momentary and once you take control it all seems easy.

Tell us about the story of Cobweb?
My story is about conquering fear. I am interested in wildlife and I do wildlife photography. So I am into lot of trekking and I get to see wild animals. This is easy on me because I am used to this. I just wondered what if this happens to a newbie. There would be fear. So based on this thought I wrote this story.

How did films happen to you?
I had a passion of writing stories. Then I did not have proper training, but later on I took proper training in screenplay writing at Anupam Kher’s Institute. So that’s how my journey into films started.

What is that you wanted to convey with Cobweb?
Every cloud will have silver lining. One should not worry even in the toughest situations. There will be a way out and that is possible only if we control our fear.

What were the challenges faced while making this film?
Shooting this film was difficult. It was shot in a village called Maldoni, where we get to see lot of reptiles. Some portions of the film were shot in the night. The girl falls into the well in the film. We had to dry the well and that was not easy.

How was the feature film effect brought into Cobweb?
We saw a lot of reference videos and documentaries as preparation for this film. I was focusing on making the movie look real.

Any real life inspirations?
No. The character is totally a work of fiction. I have never heard of anyone having gone through this scenario. But I know of lot of women who go on treks into dense jungles.

Tell us about your lead cast and technical team?
The role was played by Prajakta. She is a popular actress and very good at what she does. Kiran Sashte directed this film and he is brilliant. The entire crew has been very good at their work and everyone has put in their best for this film.

Music of this film is intriguing. Comment…
The music was given by Prashant. We have worked together for many projects. He is very good at his work. We just provided him the script and he scored the music for the film. It was perfect and just what we were looking for.

Cherished memories associated with Cobweb?
When we were shooting this film, we met the MLA of that region. He lauded our effort. This boosted our morale. He was extremely happy that we were shooting in his area. The locals treated us well. Their hospitality was amazing. We just enjoyed the entire shoot.

Future plans?
I love writing. I have penned a short story called Tigress it is about a doctor who is fighting to save her Covid patients. I am also working on another script. It is about a photo editor. There is a story, which I am working on, it is called Bird Feeder. It is about two girls who lead contrast life, but live just opposite to each other.

Which film-maker or film writer has been a strong influence on you and your style?
Raju Hirani and Anuraag Kashyap would be the pick of the lot. I just love the way they tell a story. I just wait for their films.

How do you think our app Fillum can help the upcoming filmmakers?
It is a beautiful platform for the young talent, directors and filmmakers. Mostly we make the film and it does not get a proper platform. So it is posted on Youtube. Rather than Youtube we should choose this platform. Audience will know where good films are available and this will help us too. Technically the app is good too. I wish the team all the very best.

One Comment on “She is scared, alone and lost. Does she find her way out? Indraneel Chavan talks to us about his Marathi Short Film Cobweb”