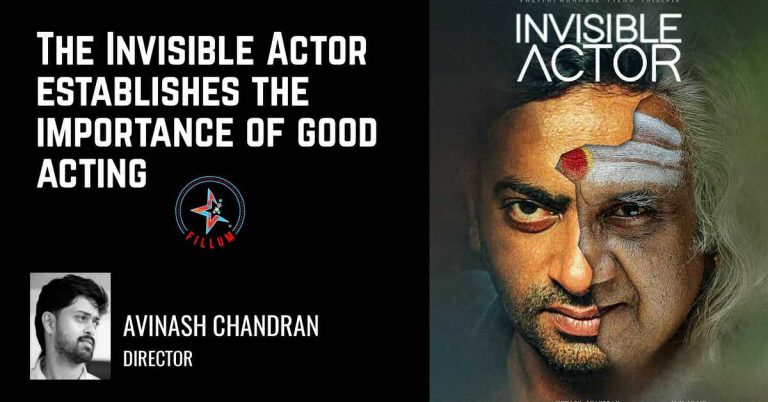 Never in his wildest dreams did he imagine that one day he will be a much loved actor in Mollywood. Saiju Kurup is a suave and down to earth actor who is content with his life and acting career. He has high regards for struggling artists and short film makers. In this interview the actor tells us about his thoughts on short films and reveals more about himself.

My journey started with a film called Mayookham, which was directed by director Hariharan. I was then working in sales for a corporate and I met singer MG Sreekumar on some work. He asked me if I was interested in films. The only reasoning I had then was if I act, my face will become popular and it will help me in sales. After auditioning, I was selected. Things went well, the shoot commenced in 2004 and I quit my job in 2006. My first film bombed and I struggled. After eight years in 2012, I got a break with the film Trivandrum Lodge. This film gave me a new lease of life in Malayalam cinema.

What prompted your decision to act in short films and make a slight shift from feature to short films?

The struggles of newcomers is something that I know, as I have experienced it. When I entered cinema, I was helped by MG Sreekumar and Hariharan. I entertain everyone and I listen to all.  It is a different thing whether I will do the film or not, but I am a good listener. When Avinash approached me for this short film, I thought this might be a motivational short film for many actors. Such is the plot. Also this one was shot like a feature film. Only thing is the duration is short. Those who worked in this film were well known technicians.

What do you have to say to short filmmakers if you were to give a few words of  encouragement?

Short films should be made by the aspirants of cinema. Those interested should try to do a short film with whatever resources they have. But care should be taken not to irritate the audience. If the content is good and the making is satisfactory they will have a future. It will make their path into cinema easy.

What are the differentiating factors between taking up acting in Short films vs Feature films?

Short films are generally shot with limited crew. Invisible Actor did have a big crew though. I have done another two short films as well. One is Night Muller. This one was shot with a crew of fifteen people. Another short film that I have done is Purakathumbol, which is for 25 minutes. This one was also shot like a feature film. When it comes to acting there is no difference.

Suddenly we are seeing so many short films. This could be the effect of the  Corona situation we are in for the past three months. People have been sending me their short films. And I have watched some and could not go beyond a point as it was too much to handle. An overdose I should say. Every maker has an attachment to his work.  The viewer has a choice. So the makers have to keep that in mind. But this is a good platform for those who are passionate about filmmaking and are looking for an entry point in cine industry.

I am an avid movie lover from childhood. My family was then stationed in Maharashtra. I saw lot of Hindi and Malayalam films. Mithun Chakraborty was a big actor then and I liked his acting. Andaz Apna Apna was a hilarious movie and I have watched it several times. Then I knew each and every dialogue of that film. Never in my dreams did I imagine that I will be an actor. Ultimately it happened. Probably those days were my inspiration and today here I am.

The role that you played shows the attitude of a young star. Do the youngsters in Malayalam cinema behave like that? What is your word of advice to them?

No no…times have changed. I haven’t seen anyone behave this way. It is a hypothetical situation in the Invisible Actor. We wanted some entertainment quotient here so we added these mannerisms. Ultimately it is a film. Characters should entertain the audience. For this we sprinkled some flavours on this character.  These days actors are well prepared and do all their homework, unlike this character in the film.

I have seen you doing comedy roles mostly. Do you have a fascination for this Genre?

Let me tell you a fact, I am very bad when it comes to making someone laugh. I am serious person. In real life I have failed to crack jokes and people take my jokes seriously. My comedy roles are limited, but those that I have done became popular. This could be the reason. But the fact is I cannot generate comedy. The characters I play are well written and it is the character that is giving this feel.

Who is that actor from whom you draw inspiration?

You have all the qualities of being a lead actor. But we see you in character roles mainly. Why is that?

I do get offers for lead role. See… I have struggled a lot to get here and today I am happy with my life. So for me to do a lead role, the script should impress me extremely and it has be exceptionally good. I will never accept a lead role just because it is offered to me. I have done some films where I am a parallel hero. No stories are bad, but I am looking for excellent stories.

What are your future projects?

You will be seeing me in ‘Lalitham Sundaram’. It has Biju Menon and Manju Warrier. My 9th film with VK Prakash is ‘Oruthee’, it has Navya Nair as its leading woman.  There is children’s film ‘Super Hero’. ‘Upachaarapoorvam Gunda Jayan’, ‘Mohan Kumar Fans’ are my other upcoming films which are ready for release.