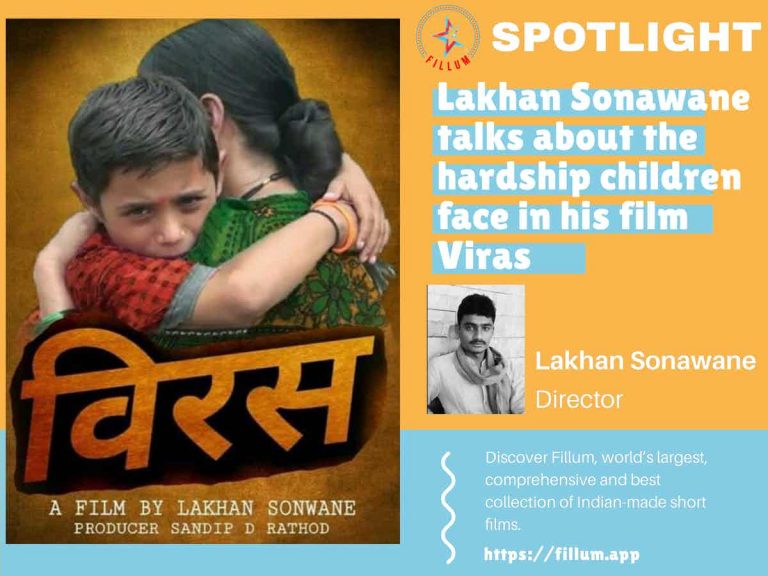 Director Sadananda Udupi wanted to convey a message of communal harmony with his film Banna. He says that the youth these days get misled easily with trivial issues. Making Banna was not a child’s play for him as he donned the role of a director, camera man and the musician for his film. In his detailed conversation the director informs us how he made this film…

How did you arrive at this story?

I was planning to write a simple story of three minutes on a blind man. After developing it I added some more concepts. Who would give so much importance to a blind man in a village? So I brought in this concept of colors and religion into it with this blind man as a central character. This is how I framed the story.

This is not my first film. I have made some short films of lesser duration. I have also worked as a technical director and associate director. A decade back when I was in Bengaluru I worked as a production associate for a project. I even wanted to do a film but it got dropped. The passion for making films remain and I am working on it.

I want the youth to think about how communal issues are being created. If you see this film, there is no issue actually. But some youth heed to their imagination and create problems. This should not happen. Youth should not channelize their energy by sparking communal violence with such trivial issues.

What roadblocks did you face, when you made Banna?

The person who I asked to do the camera work did not turn up.  I brought in a guy who was shooting in some function and got the work done. Apart from one or two seasoned actors my film does not have any trained actors. There was no make-up man or proper lighting facility. I shot the film in natural light.

How did you get such a good effect in the film?

There were only dialogues with me when I began the shoot. So many dialogues have been missed as each shot was done only once. There were no retakes. Whatever I shot for the first time was what I had. It was editing that did the magic.

There is no real time inspirations before or after this film was shot.

The blind man’s role is played by Bhaskar Manipal. He is a popular actor here. Apart from this I have got all local boys in this film. The ones who I had selected where not available during the shoot. Technical team is entirely me.

Banna’s music makes a huge impact. Tell us more about it?

Actually we do not have any music director in Banna. I did editing in a studio and there I got some music pieces and I just used that. Probably if I had concentrated more on the music, the reception could have been better I think.

Reactions after the film was released was positive and I was glad about it. When Bhaskar Manipal started acting as a blind man he did it naturally with his eyes. I had asked him not to do so as it might cause eye pain. Later he confessed that due to this his eyes had started hurting.

Yes I have plans to make more films. In fact the muhurtham of my new film was to happen soon, but due to Covid19 I was unable to do it. Also I had to travel to Bangalore for finalizing some films and due to the pandemic this has not been possible. Currently I am improving my script.

Definitely remakes would interest me. I have seen some films which have technically been disasters. I would love to rework on such films.