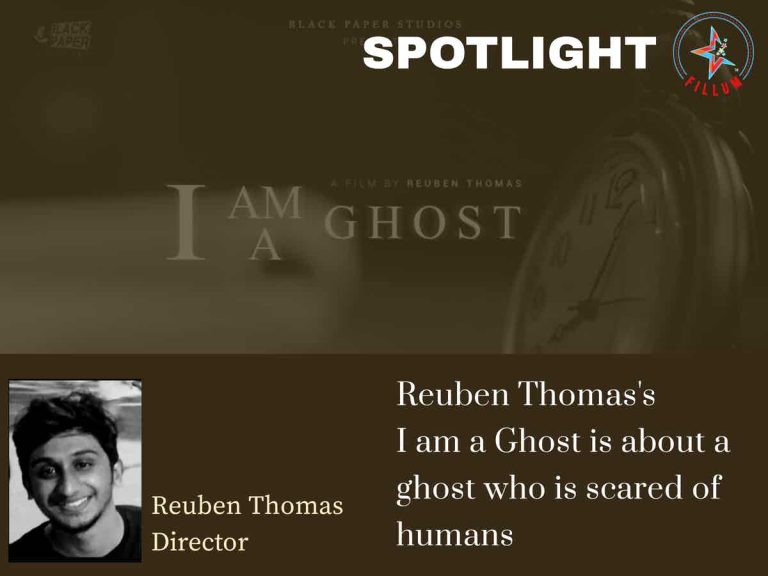 Reuben Thomas was looking for a good story for his short film and it was then that he chanced upon a book of short stories written by Satyajit Ray. I am a ghost, is a different kind of story where you really do not get scared of the ghost. Reuben has done a great job with this story and has been massively appreciated for his film. The young director talks about his film and how it all came in being…

How did you get the story of I am a ghost?

This is based on a story written by Satyajit Ray. The story also has the same title. I was in the third year in my college and that is when I read this book of short stories that had this story in it. I am an ardent admirer of Satyajit Ray’s films as well.

How did this love towards cinema happen?

There is no message to convey here. I just liked the story and felt that it has to be made as it was unusual. This ghost is intimidated by humans. That itself was something uncommon. I was looking at making something different.

Any challenges when you made this film?

Budget was limited. The film was shot in Ooty and we had booked a house for the shoot. When we were all set the owner refused to give the house for the shoot. We had to find a new location now. Everything was happening at the last moment. There was no preparation beforehand. Nothing was going as per our plans, but then it did happen.

How did you get the feature film effect in this film?

We were in Coimbatore and it was not possible to go to the location and rehearse. I made the lead actors to get well versed with the story. Planning was what we did. The film was shot in two days.

How was the response for this unusual film?

The person who acted as ghost is Sameer. He has done many short films. Writer character was played by a clerk who is teaching in our college. The others in the cast are my classmates. All in the crew are my friends who are into films. My cinematographer is a Maniratnam fan and is well versed in his work.

Jacob scored the music. I briefed him about what I was looking for. The first few sittings did not work out as it did not impress me. But he worked on it again. The problem is that we were unable to find out what kind of music is right for this film. Jacob finally did give a suitable music for my film.

I was in a confused mode in life and was just looking for a good story. When I visit the mall I generally go to book stores. I went to a book store and started reading this book, this story impressed me and I brought the book. The day I found this story was memorable moment for me.

My ultimate aim is a feature film. Currently I am working on a documentary. There are also a couple of stories that I am developing for short films.

Martin Charles Scorsese is someone whom I admire a lot. I just love his work. Anurag Kashyap’s work is also great and has had an impact on me.

Remaking classics is not something that I would do. They are classics and I think they should be left that way.

How will Fillum app help the upcoming filmmakers?

Fillum app is good for film makers. We make short films and we generally put it on Youtube. Not all get to watch the film. This app is particularly for short films and that is a big plus here.

I am a Ghost is now playing on FILLUM App