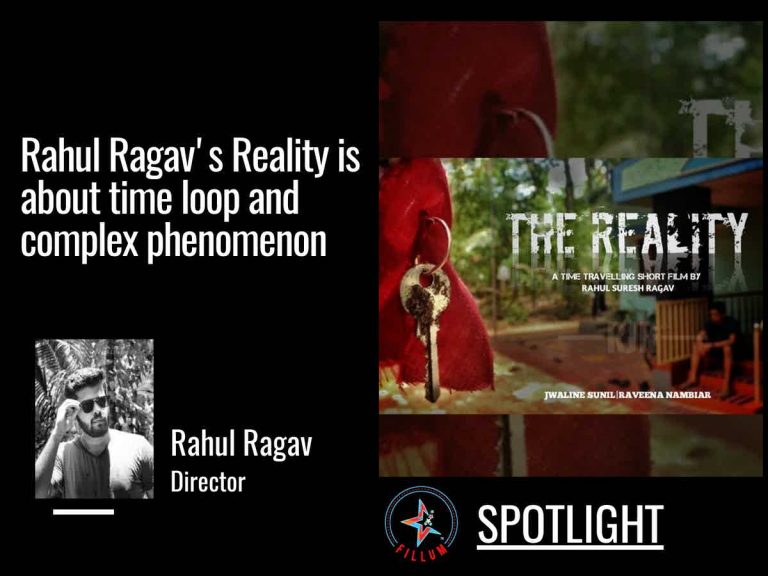 Rahul Ragav’s Reality is about time loop and complex phenomenon

For Rahul it has been amazement when he thinks of time travel and loops. He has seen numerous films on this subject and wanted to create one of his own. The director wrote Reality to bring out that thrill in his mind. And he has been successful at that. Reality leaves you in daze. He does an awesome job of creating a story that has good flavours of suspense as well. Director Rahul Ragav talks about his film in detail.

This is an unusual story about time travel. How did you get the story?

I used to watch a lot of Sci-Fi Genre movies of Hollywood, to be precise the ones which involve time travel and multiple realities. I used to make my own stories that involve time loops and complex phenomenon. I always wanted to do a Malayalam short film that could bring out the thrill of the story in my mind.

What is that you want to convey with Reality?

I thought of the script while I was in the process of creating a complex time loop that is logically correct and is infallible. I was looking for a story that could maintain equal pace between story and suspense.

What are the problems that you faced while making this film?

We shot the film during Corona Lockdown and faced a lot off difficulties that involves technology and area for filming. We shot the film with a basic Canon EOS1300D camera and didn’t have any of its attachments for shake stabilization. As our movie involved a lot of running shots, shooting scenes without shaking was a challenge.

It is a well shot film. How did you get this effect?

Before I started to shoot the movie I took a decision that whatever might be the reason I wouldn’t compromise with proper screenplay and cinematography. Even though it is a low budget movie it should have qualities close to that of a feature film.

Did people relate to this film?

Lead Cast involved Jwaline Sunil my cousin brother and Raveena Nambiar is my sister. They did an amazing job with natural acting and the thing that surprised me was that they performed well without much reshoots. To talk about the technical team there is no team as such. All the workload was on me as there was no one to help with camera, editing and direction.

Any unforgettable or cherished memory associated with Reality?

Shooting the double role scenes is an unforgettable memory as it involved a lot of patience and effort. As we used simple editing technology of masking we had to take simultaneous shots without changing camera positions.

I have a story in my mind for a web series. At present I am involved with my studies. In future I am looking forward to it.

Of course, it is Christopher Nolan (Hollywood Film Director). I have been a huge fan of him since childhood and I have learnt a lot from his style of film making.

I will of course go with Inception by Christopher Nolan. It is one of my favourite films and I will try my best to remake it in our industry.

Fillum is a good user friendly application that could provide a good platform for future opportunities.