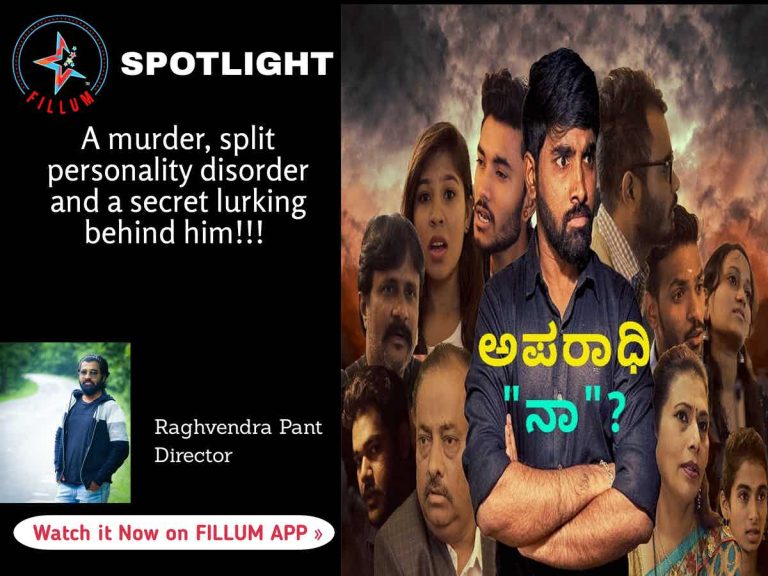 There is an intriguing factor in Aparadhi Naa. How did you arrive at this story?

There was film contest in Chennai and my brother was interested in it. The duration was for 20 minutes and we thought of competing here. My brother, father and I sat together and decided on the kind of film that could be made. We worked on this concept and arrived at this story.

I am pursuing studies in Law and this is my final year. Meanwhile I am also interested in films. My father’s friend was doing a short film and he invited us to help him out. After working there we thought of starting our own banner. That is how Raviratna Banner was formed. My brother is trained in the technicalities of making a film. I am doing the direction and my father is into everything. I also have plans to get trained in acting and direction.

We see a lot of sensationalizing of events and fake news sometimes. It goes to an extent where someone’s reputation is ruined. Our film conveys that message and the repercussions of all these.

What roadblocks did you face, when you made this film Aparadhi Naa?

This film had many scenes that could not be added due to duration limit. Had those scenes been there it would have been better for the film. Nevertheless we had to cut it short as we had to limit it to twenty minutes. Most of these scenes were to be explained with dialogues. If we had another few minutes probably the film would have come out extremely well.

Have you drawn inspiration from real people in the film?

This is a complete work of fiction. We were not inspired by any story. But the concept of split personality has been taken from some of the films that I have seen.

What about the music of the film?

We have used the free music available on Youtube. Various genres of music were checked and we finalized a few pieces.

Any unforgettable or cherished memories associated with this film?

In one scene you get to see that when the doctor was talking to me, there is a sudden change in my personality. She gives me an injection to calm me down. Actually that was for real. She was much tensed and I wanted to finish this scene in one take. There was water in the syringe. Shooting this scene was memorable for me.

We are planning for a web series. And post that we would be foraying into feature films. Plans regarding this are in place and we will be making the announcements soon.

I pick something or other from every film I see. Upendra and Suri’s films inspires me a lot. Yograj Bhat’s dialogues are very impressive. It is a learning process for me now. And I am learning something from everyone.

Maybe it would be a film like KGF. I loved that film a lot.

The concept of Fillum is very impressive. We make the film and put it on Youtube. Then we have to promote our film. With Fillum the process is so unique where they too promote our film. The reach is wide and international. This is added bonus of our short film being on Fillum.