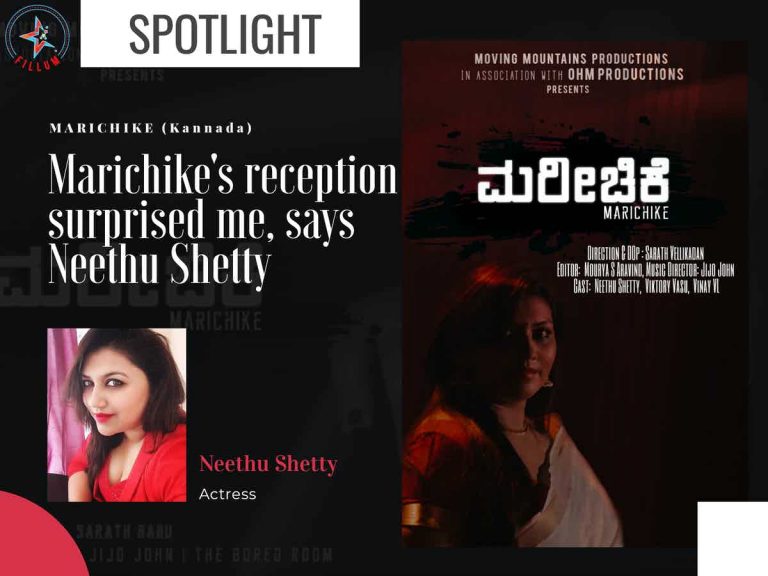 Neethu Shetty forayed into short films for a dear friend. The humble human that she is, this popular Kannada actress never thought that so many people would watch ‘Marichike’, her first short film.

All she wanted to be was an actress, it was a dream that she nurtured since childhood and made it a reality. Neethu is secure in her space now, and can finally do what she apparently always wanted to do. She hopes to revel in acting and be a part of some memorable films in the industry.

Neethu Shetty talks about short films and much more…

How did the foray into cinema happen?

Films is something that was on my mind always. Acting is my first love and I knew it was my destination, so I never thought much about the medium. Serials, theatres and films, I was game for anything. Films happened naturally and I got recognised quickly here as well. Somehow I could not balance between serials, theatres, films and I opted for the latter. From childhood I did not think of any other career, but films.

You are a popular mainstream actress, what made you take this short film?

Although I have been a main stream actress, I have done some art films. These genre of films do not appeal to the mass audience. I have done this from the beginning of my career. The director of ‘Marichike’, Sharath is my good friend. He wanted to do something on the life of an actress and came up with a story. It started as a friendly gesture, but we both improvised the script. Frankly I did not think that so many people would watch this film.

What are the difference that you see in short films and feature films?

Acting wise I did not see much difference. But since the duration is short we have not much time to elaborate. I had to work from within to depict everything in the set time. Internalizing the character becomes very important in a short film. Budget is another huge concern when it comes to short films. Bigger budget facilitates a lot and there is a scope of doing more. The final product is much better. But with short films we have our hands tied to an extent.

Will short films have a future…what is your take?

Short films have existed for a while now. If a 30 sec advertisement can leave an impact, then definitely a short film’s effect can be massive. There are many films we enjoy watching and we can revisit them. So short films have been there and will continue to be there. For filmmakers and technicians it is an amazing opportunity to showcase their talent, but I would not have similar opinion for an actor. It is a neutral platform, which will surely help some.

Are you game to do more short films?

I am not sure of that. Seriously I am not very keen right at the moment. I haven’t been approached with an intriguing script which wanted me to take up a short film again.

What genre of films do you like the most?

I have always had a soft corner for realistic cinema. Fiction, drama, horror is not my kind when it comes to short films.

Effortlessly you seem to be a natural in different languages. How do you do that?

For me it is not the language of the cinema but the character that I play.  I work on my character and I think everything falls into place. Also I have an added advantage that I know the language.

You have been part of award winning Tulu films. What is the future of Tulu cinema?

Drama scenario has been highly progressive in Tulu cinema. They have nabbed their audience already. If they focus on it as a passion and take it seriously there is a bright future for them. Another big win for them is that the people of Tulunad just love their actors.

Inspirations come to me in various forms. Firstly I recognized that I am gifted when it comes in entertaining and acting. This is something that I have cherished since childhood. My mother has been my biggest support system. She had the insight that I would make it big here in Kannada cinema. So all these factors have taken me where I am today.

Who is that actor from whom you draw encouragement?

Pinpointing a particular actor or actress is not possible as I have drawn inspirations from characters played by people. As real as the character enacted gets I get heavily inspired. Some actors make comedy so easy and there are others who fill in depth to their role. So it is various things from different actors.

You will be seeing me in 1888. This is a micro budgeted film that is made by some software engineers and we are doing it slow. I have penned a song for this film as well. Another film is with Kannada actor Jaggesh’s son, ‘Iralade Iruve Bitkonda’, this one is a comedy film. There are some more films, which are stuck due to the pandemic. I am waiting, all will fall in place in good time.