Maa is a real story that hit me hard: Rajat Tallukdar - FILLUM 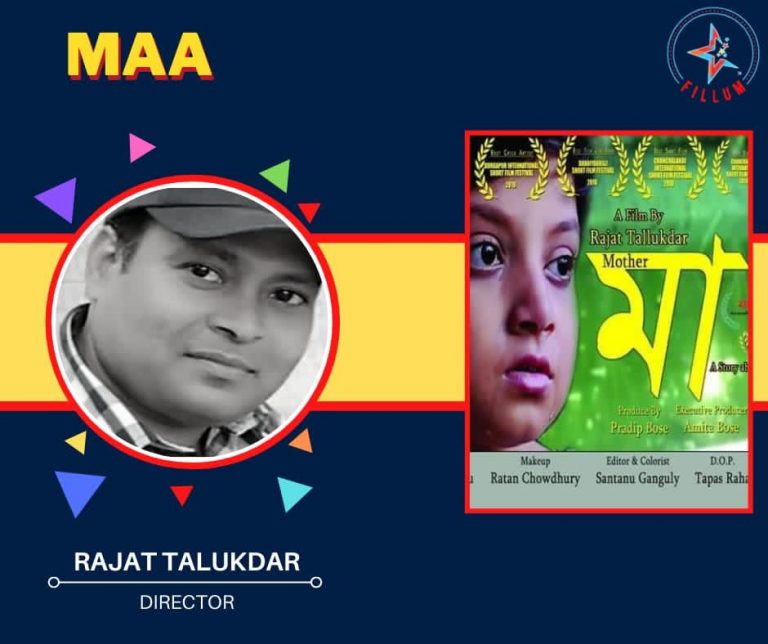 Maa is a real story that hit me hard: Rajat Tallukdar

Director Rajat Tallukdar was moved when he saw the sorry state of a girl child. She was tormented and Rajat wanted the world to know her plight. This is why he made the film Maa. Rajat Tallukdar tells us about his thoughts on women empowerment.

Few years back one of my friends invited me over to his home for lunch. I visited his home and after having my lunch I went to the terrace. I saw a girl child who was trying to clean the floor of the garden with a broom which was much bigger than her, for the last 15 minutes she was standing there without cleaning anything though she was trying desperately. Seeing this I was smiling when my friend came from behind and said, dear friend you won’t smile again when you come to know the pathetic story of the girl.

He narrated the story to me which is what I tried to implement in my film “MAA”. After one month I visited my friend’s house again, this time without informing him. There I came to know that the girl has shifted away to another locality with her father and step mother and their whereabouts were not known to anybody. That was the moment I decided to make a film on her someday.

For me women empowerment is “never respecting an opinion which disrespects a woman.”

Not women exactly, it’s a girl child. Her name is not known to me but it’s a true story which I tried to depict in my film “MAA”. To dramatize the situation I have just added the letter reading part by the priest in the film.

Retired Indian Police Service Officer Kiran Bedi is the woman icon who has made a difference to my thinking. She was the first woman to join the Indian Police Service. Now serving as the Governor of Puducherry. I really admire her grit. Once she towed the car of the then Prime Minister of India, Mrs  Indira Gandhi for breaking a parking rule.

To enable women empowerment society must uncover the role of gender equality so that women can play equal role in the betterment and upliftment of the society.