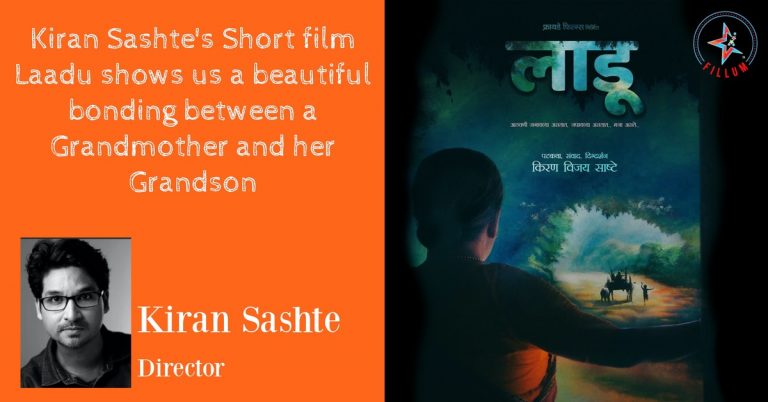 There is a child in everyone and as we get older there is not much difference between a child and an old person. Kiran Sashte wanted to depict this onscreen and the effect that he has created with Laadu is immense. From a perfect location to seasoned performances, Kiran has got it all right. Laadu has been a recipient of many awards. The director talks about his film and how it became such a huge success.

How did you conceive this story?

How did this love affair with films happen?

I have been doing theatre from 25 years. So far I have done 17 short films, in which 14 are from my production house.  A couple of them have been a part of national and international film festivals. In 2010 I did my first film as an actor and it was on ragging. I got interested in camera. In 2013 I made my first short film called Daadu. This brought me recognition and awards. And the love affair with short films continued.

Challenges that you faced while making Laadu?

Laadu is my 11th film. So by now I had learnt the techniques of film making. I became confident. The biggest challenge here was to find a house in the village which was shut for years. Just to locate this house I took a lot of time. I could not recreate it in a set as the budget would go up. I was complimented for finding the perfect house.

A feature film’s effect is seen in Laadu. How did that happen?

When I thought of Laadu I just had the story and the screenplay was ready just a day before the shoot. I had thought and imagined the film in my mind. The dialogues were not ready. It had very few of them. I am not a writer so there was a delay. The entire journey was in my mind. I thought of it as a film than a short film.

No. This is all my imagination. That grandmother’s character was completely created in my mind. I wanted my granny to be cute and naughty.

The grandmother’s role was played by Varsha Dandle she is a commercial artist. I have seen her acting in teleserials. When this story was ready, in my mind I always thought of her. When I contacted her for the role she was busy and I waited for her. After a couple of months she gave me a day and we shot this film. Laadu’s role was done by Shubam Patil. He is a technical guy and he suited the role well. I sat on his neck to extract good performance from him. I did not want acting from him I wanted him to be natural.  We had brilliant camera work by Sunit Suresh. He captured the film well. Of the 29 awards that this film got, nine awards were bagged by him.

Prashant Kamble scored the music. I had clearly told him what I was expecting. We both did a lot of sessions and he gave a perfect score. Ajit Ketkar composed and sang a lullaby for this film.

I have so many of them. Laadu has given me so much, it is unimaginable. This film got the best film award in the first festival I sent it to.  I was pretty sure that this film will do pretty well in the festivals and it did that. This is something that I cherish. It gave me confidence.

I made short films because I did not want to struggle in Mumbai as an AD. I have my own business and my life is here. I wanted to learn as I made films. Now I am making more films. Some production houses have approached me after Laadu.

Filmmakers who have influenced you?

Rajkumar Hirani and Anuraag Basu influenced me a lot. Of late Anuraag Kashyap’s film are interesting me.

What is your take on remaking classics?

It is not a good idea to remake classics. You can remake Laadu in another language suiting to that language’s sensibilities, but you can’t remake Sholay. You can get influenced by classics but not remake it.

How do you think Fillum will help your films?

I loved the very demo of this app. What impressed me more is that this application will be having an international reach and this is a boon for short filmmakers like us. Our small films pertaining to a particular state or region getting a worldwide coverage through Fillum is great. I wish Fillum all the best.