Nancy is back after two years surprising John. Why is she back now? Saajas Mohammad's Kaatil is a tale about friendship and love. - FILLUM 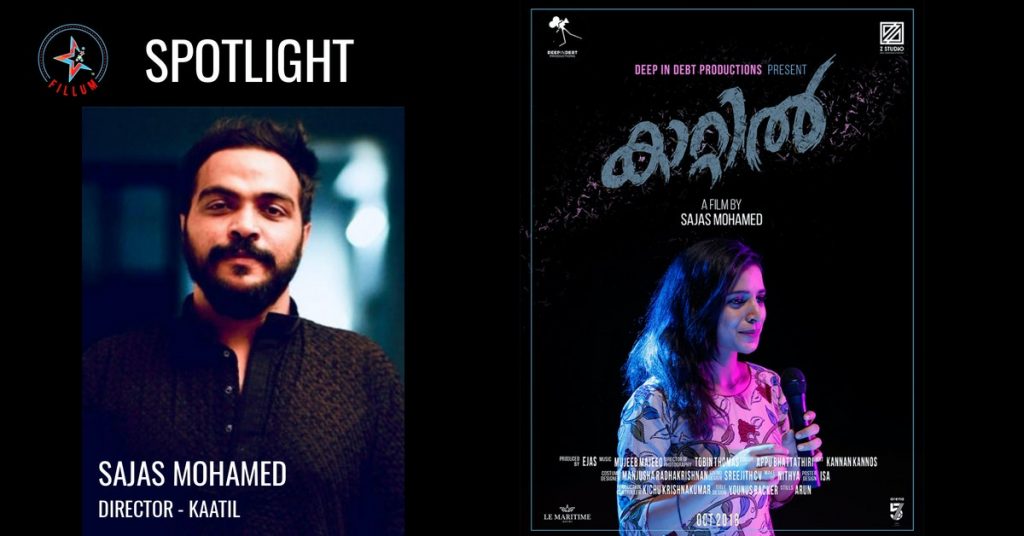 Nancy is back after two years surprising John. Why is she back now? Saajas Mohammad’s Kaatil is a tale about friendship and love.

Saajas Mohammad was pleasantly surprised when his debut short film got a million views in a day. That is how powerful his film ‘Kaatil’ is. The director talks about how this film took shape, the challenges he faced and his future plans.

A chit chat with Saajas Mohammad.

Kaatil has an emotional concept that is touching. How did this story come to life?

Friendship that fades away has intrigued me. I have seen them during my college life. There is friendship and then there is attraction. I wanted to merge these topics and that’s how Kaatil took shape.

Post college I went to Dubai. Frankly I wasn’t happy. I wanted to do something creative and a few ad films followed. Then this idea popped in and I contacted a few friends. They readily helped with contacts and everything fell in place.

What roadblocks did you face, when you were starting out?

There were plenty of them. Biggest one being the writing. Then there was assembling the perfect technical crew. Our budget was limited and we could not go overboard. But I was lucky and got an experienced team.

My mind had visualized what I wanted on screen. I put it clearly on paper. Several rehearsals followed. We shot the film in two days and it was exhausting. We did not compromise on anything. Probably that helped.

Not really. There were some influences from real people whom I studied with. It stops at that.

The leading lady Ann is a friend, initially she was not keen to do this film. For the leading guy we wanted an innocent looking guy. The technicians are all well versed in their fields. I really could not have asked for a better team.

Kaatil has some soul stirring music which is a highlight of the film. Tell us more about how it has enhanced your film?

Music took the film to a different level, it emotionally touched the film. I had some ideas and our music director Mujeeb Majeed gave life to my musical thoughts.

Any unforgettable memory from Kaatil?

The entire shoot was an unforgettable experience. It was exhausting. The reception that this film got is something outstanding. Many filmmakers and actors messaged me. I was glad.

What does the future hold for you? More short films or feature film opportunities in the anvil?

I have no plans for short films as of now. Currently I am working on a script which is almost complete. I have done a music video and a couple of ad films.

Director Maniratnam has influenced me hugely since childhood. I love the way he films and his techniques. I like different styles of different directors.

Classics should remain as classics. I do not want to remake any of them.

Fillum is a great platform a filmmakers. What is interesting is, apart from showcasing our film you offer us more. I think this will give us several entry points in the film world.