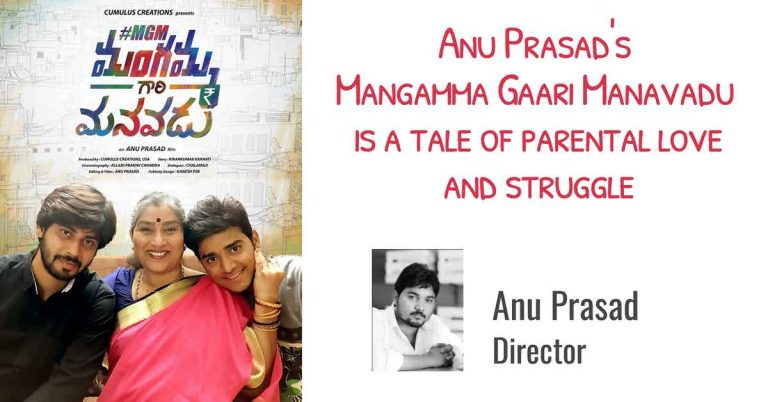 A miser gets more than what he actually should have

Anu Prasad has loved movies since the age of 10. He decided that he will be a filmmaker someday. True to his passion today he is making short films and hopes to make it big in the Telugu cine industry. Mangamma Gaari Manavadu is an emotional story of a grandmother, grandson and a stranger. The film dwells on loneliness and how important it is to spend money carefully. He has portrayed the story beautifully. Anu Prasad tells us more about his film.

How did you conceive this story?

The story is from one of the producers. He gave this thread and we worked on it and added other elements to it. This is how Mangamma Gaari Manavadu’s story was conceived.

Tell us about how your love for cinema happened?

I loved cinema from the age of 10.  I always knew that I will make a movie someday. After completing automobile engineering, I came to Hyderabad. I did not get any official training in cinema. My first work was in a television serial as an assistant director. Then I kept moving in search of projects. It was a time when short films were entering in a big way. So my friends and I joined together to make short films. We have a team of our own now.

One is about spending money. If you have earned it the hard way then you should be careful. Second, relationships need not be just the ones with family. It can happen with the people around you as well.

Roadblocks that you faced with this film?

I had to shoot in busy areas. Especially the slum area and the leading lady Annapurnamma is very famous and has acted in more than 100 films. This made me nervous. Also for the first time I was working with a star. People flocked the shooting location and I was worried. But thankfully everything went smooth.

How did you get the feature film effect in your film?

We did good pre-production work. The planning was great and our cinematographer did a great job. We even found the perfect location and that helped. Also I edited the film, so I knew what exactly I wanted.

Any real life inspirations in this film?

No. This is just a work of fiction.

Annapurnamma is a known actress in Telugu cinema getting her dates were not easy. My producer suggested her. She loved the story, but she was not aware that it was short film. She gave me a day and her portions were shot in that one day. Working with her was a great experience. She used to give us suggestions. Amardeep is my team member. He has acted in some serials. He gave good audition for this film and we liked it. Rest everyone is from my team.

How has music helped this film?

Music has helped the film greatly. Shravan Bharadwaj has scored the music. It is the music that uplifted the mood the film. I briefed him as to what I was looking at and he provided me with that.

There is a scene where a man on the cycle comes and bangs into the hero. This was played by my producer. We took so many retakes and I was so irritated with him. Yet he did it.

What are you future plans?

Feature films are my long time goal. I am also concentrating on web series. A Telugu web series Neetho Jothega is getting ready, the shooting this is almost complete.

I am influenced by Krishna Vamsi, but I have not used his style in my films.

Never. I will never remake a classic.

There are many apps for films, what makes you guys different is you guys are doing our interviews and introducing the ones behind the camera to the world.  Our thoughts are getting conveyed. This will help producers to know us better. A big plus for us.